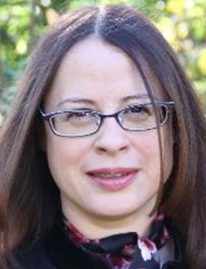 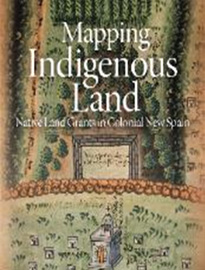 Between 1536 and 1601, at the request of the colonial administration, indigenous artists from colonial Mexico crafted more than two hundred maps to be used as evidence in litigation over land distribution. These land grant maps (mapas de mercedes de tierra), tell the stories of hundreds of natives and Spaniards who engaged in legal proceedings either to request land, to oppose a petition, or to negotiate its terms. Ana Pulido spent years examining these striking painted maps and reading the court records from the land disputes at the Mexican National Archives (Archivo General de la Nación). In this talk, the author will narrated some of the stories she found most remarkable and will show that these maps did more than simply record the disputed territories for lawsuits; they also enabled indigenous communities to translate their ideas about the contested spaces into visual form; offered arguments for the defense of these spaces; and in some cases even helped protect indigenous land against harmful requests.
Ana Pulido is Associate Professor of Latin American Art History at the University of Arkansas. She is originally from Mexico City and has a Ph.D. from Harvard University; her research focuses on indigenous maps from pre-Columbian and colonial Mexico, especially those designed for and used as legal evidence in colonial courts of law.